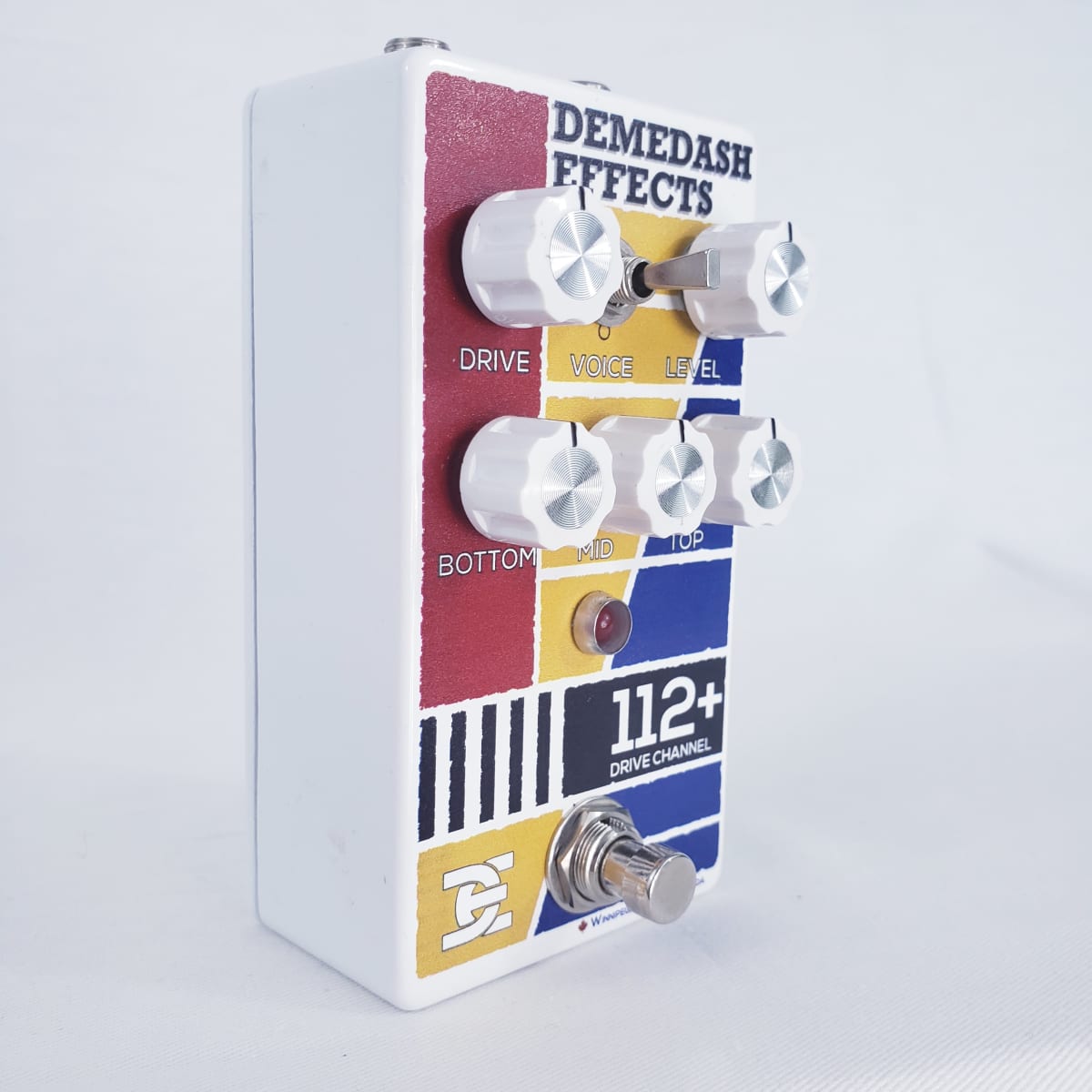 All pedals are sent via Canada Post as Expediated Air Mail parcels. The general shipping charges are as follows:

The 112+ Drive Channel can be ordered by contacting Steve Demedash directly via:

@demedasheffects on Instagram (via Direct message), or, by email at

In February of 2019, Schecter Guitars contacted me offering a trade of a guitar of my choice in exchange for a couple of T120 Delays and an Overdrive pedal.

I was more than happy to oblige, but had an issue - I didn't have an overdrive pedal I could make for them.

Not wanting to knock out a simple clone, I asked if they could give me a few months.

Being the semi-neurotic engineer that I am, I couldn't simply design something simple based on an existing unit. No, I had to build it from the ground up and refine it over and over, until it was perfect. So, by late May, after 13 circuitboard revisions, total overhauls, and countless prototypes, I had something that I was actually proud to put my name on.

Though it was built up around the super cool clipping stage found in a particular early 90's solid state amp (and thus named in honor of it), the 112+ doesn't actually sound much like its namesake - and only shares 2 out of a total 7 active stages with it, design-wise. On top of that, better Op amps, higher [if you can believe it] operating voltage, and less desire to enable the user to dial in 90's hair metal sounds makes the 112+ a beast unto it's own.

The 112+ takes a standard Boss-style 9.6v, center negative Power supply connector as used on most guitar pedals. Internally, however, an LT1054 charge pump is used to boost that up to 34v for an insane amount of headroom.

From the input, the signal encounters a discrete JFET preamp where it gets a big [mostly] clean boost. Even when your Drive Control is turned down to 0, this clean boost will be present, giving you a the ability apply a nice sizzly boost with an active EQ .

After the preamp, the signal encounters the 'Voice' control, which sets how much bass is passed into the drive section. The way this is set will affect the overall character of the drive's saturation (clipping).

Minimizing the amount of bass being driven into clipping leads to a vintage rock sound, whereas letting it all through provides a fat, heavy dirt tone. Halfway between the two, you get a more standard drive sound - a bit of sculpting that accentuates the guitar's primary frequencies and suppresses anything that might overlap with a bassist's playing.

Next, the drive section is found. The amount of gain applied is controlled by the 'Drive' Knob. The more gain, the bigger the signal. Once big enough, it overcomes the clipping threshold and distorts in an interesting, dual-stage way.

The signal then gets re-amplified before being sent off to a 3-Band Active EQ, offering boost/cut capabilites for each band, as controlled by the 'Bottom', 'Mid', and 'Top' conrols on the front panel. These controls give you the ability to tailor the sound for the purpose you intend to use the pedal for. From relatively transparent, to bright treble boost, to chunky, to crisp, to mid-heavy, to scooped, you have enormous control.

Finally, an active volume control lets you control the final volume, from bedroom-friendly levels all the way up to slam-the-clean-channel-of-your-amp-so-hard-it-becomes-a-dirt-channel loud. 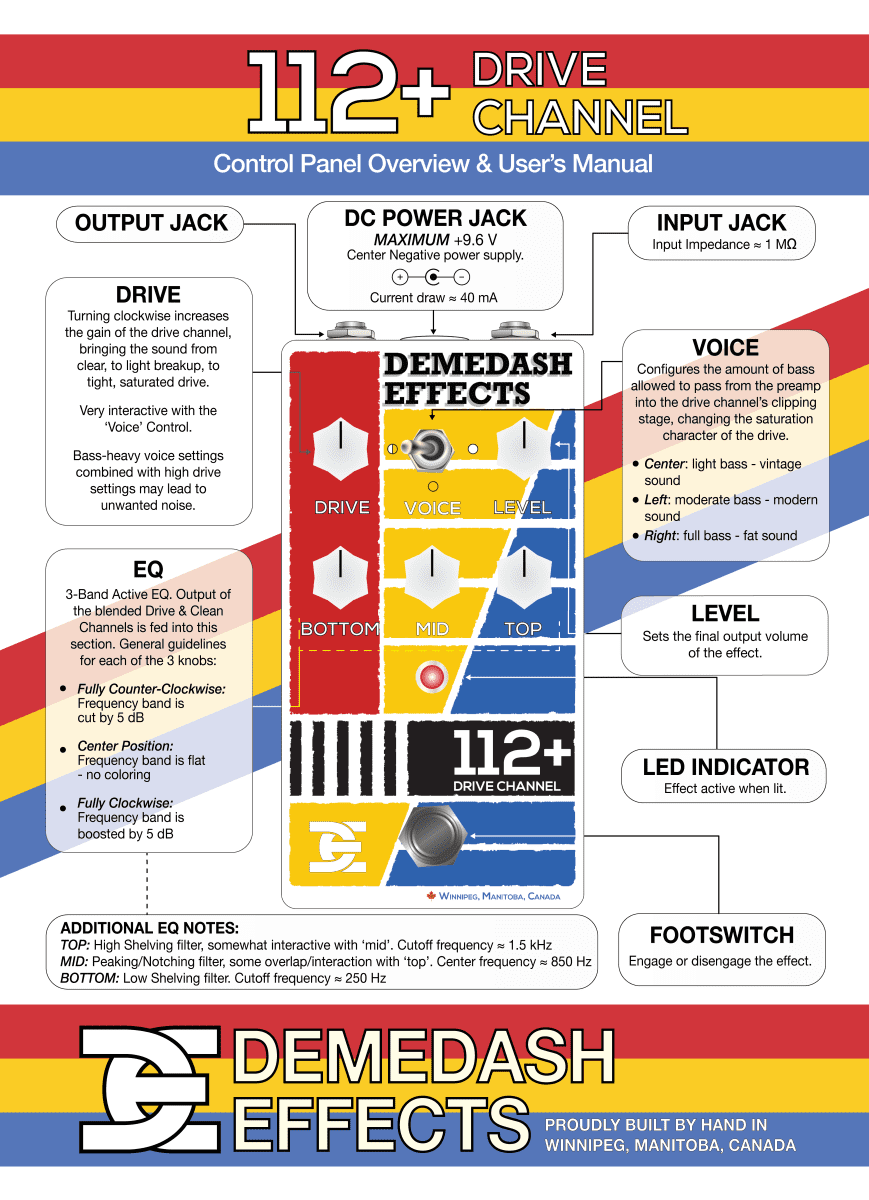